Now that Claire has been running the closet business for a while, she and Phil have fallen into a new rhythm, with Claire assuming the role of the wheeling and dealing breadwinner and Phil as the invisible housewife, but Phil will not stand for being ignored and underappreciated for long. Meanwhile, Jay lets his jealousy get the best of him when a life-size cutout of Gloria for her grocery store hot sauce display solicits all kinds of unsavory attention from men, so he enlists Manny as his accomplice in a poorly orchestrated heist. And, Cam and Mitch are being extra hospitable to get better reviews for their rental property, but when the new renters start acting undeniably suspicious, they can’t help but snoop. 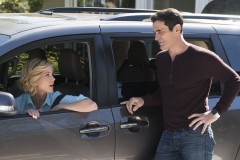 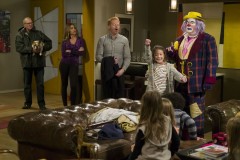