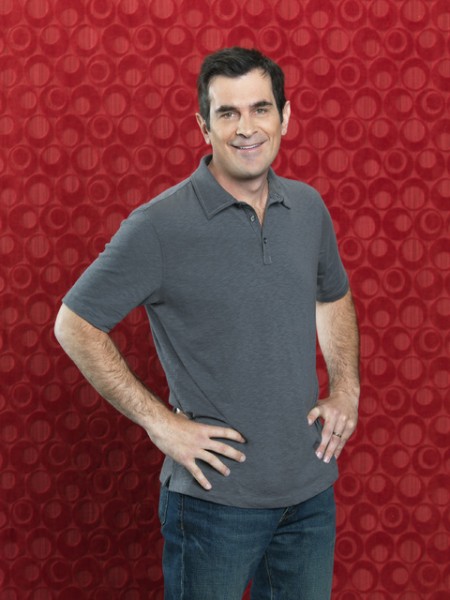 Born in Grants Pass, South Oregon, Ty Burrell is an American actor known for his role as Phil Dunphy on Modern Family. Burrell attended Hidden Valley High School where he was a line man for the Hidden Valley Mustangs. He later attended Southern Oregon University and graduated with a bachelor's degree in theatre arts. He continued his education at Pennsylvania State University, where he earned a Master of Fine Arts degree. Burrell has stated for a period of time while he was at graduate school, he lived out of his van to save money.

Burrell's early work includes appearances in the movies Black Hawk Down, the 2004 remake of Dawn of the Dead and several stage performances. He recently finished shooting the film Butter, where he stars opposite Jennifer Garner, and Morning Glory with Harrison Ford and Diane Keaton. Burrell's other film work includes National Treasure 2, The Incredible Hulk, Fur, Friends with Money and Evolution.

Before Modern Family, Burrell starred in the Fox sitcom Back to You with Kelsey Grammer and Patricia Heaton, and the CBS sitcom Out of Practice with Stockard Channing and Henry Winkler.

Burrell has an impressive theatre resume that includes starring in the world premiere of Drunk Enough to Say I Love You at the Royal Court Theatre in London, Burn This, Richard II and Show People.