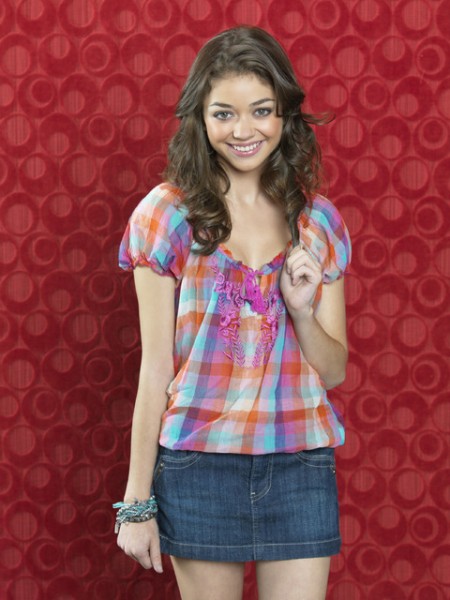 Sarah Hyland is an American actress from New York City, born to actors Edward James Hyland and Melissa Canaday. Hyland has trained in dance from age three and has trained vocally since she was seven, making her a triple threat. She has been working in film, television series, soaps and commercials since she was just four years old.

On stage she has starred as the lead role in Annie at Papermill Playhouse, and has appeared in a wide variety of plays regionally and off-Broadway, including A Little Princess, Bad Girls and Dark Park of the Forest. Hyland made her Broadway debut in Grey Gardens, in a role she created while studying at the Professional Performing Arts School in New York City.

Outside of Modern Family, Hyland's TV work includes guest appearances in episodes of Touched by an Angel, Law & Order and its spin-off Law & Order: SVU. She recently held a recurring role as Brooke Shields' daughter on Lipstick Jungle.