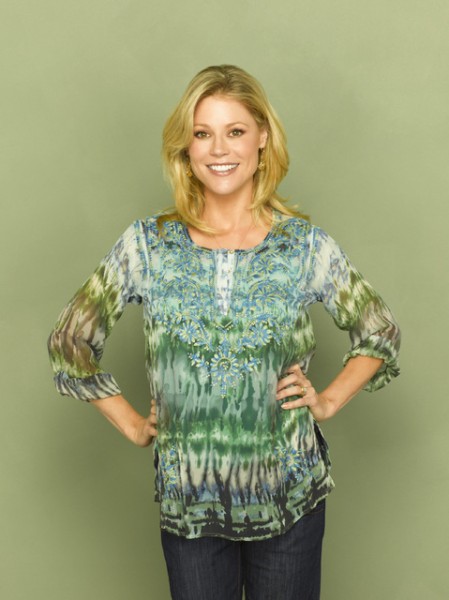 Julie Bowen is an American film and television actress best known for her TV roles on Ed, Boston Legal and Modern Family.

Born in Baltimore, Maryland, Bowen began acting at a young age in plays with her sisters in their backyard. Bowen later attended Brown University, where she starred in Guys and Dolls, Stage Door and Lemon Sky, while earning a degree in Italian Renaissance studies.

While at Brown University, she landed the lead role in the independent film Five Spot Jewel and was featured in No Visible Bruises. After guest starring in the drama series Class of '96, Bowen moved to Los Angeles and was soon cast as the lead in the Showtime drama Runaway Daughters.

Bowen starred in the NBC series Ed for three seasons, before joining ABC's Boston Legal for two seasons. Her other TV roles include a recurring role on Lost and Weeds.

Bowen's film work includes the Tim Allen films Joe Somebody and Crazy on the Outside, the Adam Sandler film Happy Gilmore, and Multiplicity with Michael Keaton. Her other big screen features include Jumping the Broom and Horrible Bosses.