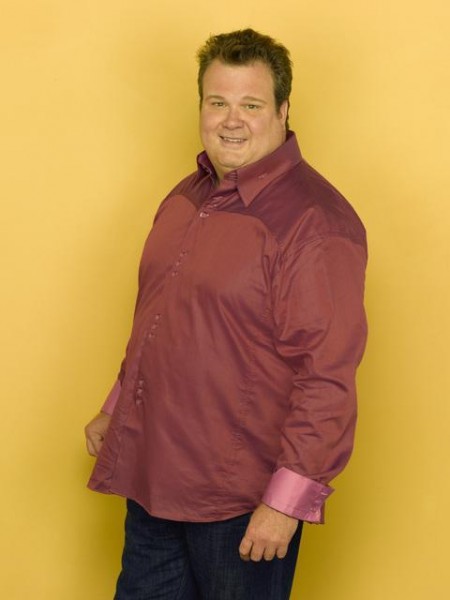 Eric Stonestreet is an American actor best known for his role of Cameron Tucker on Modern Family. He has received critical acclaim for his performance and was awarded the 2010 Primetime Emmy Award for Outstanding Supporting Actor in a Comedy Series for his role.

Born and raises in Kansas City, Stonestreet started acting on the dare of a friend while has was studying at Kansas State University. After he graduated with a degree in Sociology, he moved to Chicago to study and perform improv and theatre. While in Chicago, he did television commercials and studied with the Improv Olympic Chicago, whose alumni include Mike Meyers and Chris Farley, and the The Second City, whose alumni include Tina Fey and Stephen Colbert.

After leaving Chicago, Stonestreet continued to appear in commercials but also began to build an impressive body of TV appearances. He appeared on shows including Dharma & Greg, Spin City, Malcolm in the Middle, Party of Five, Crossing Jordan and Bones. Stonestreet's other TV work includes a recurring role as Ronnie Litre, a questionable documents technician, on CSI and guest spots in Pushing Daisies and Nip/Tuck.

His work on the big screen includes a role in Cameron Crowe's Almost Famous, a role in the cult classic Girls Will Be Girls, and roles in The Island and Ninja Cheerleaders.