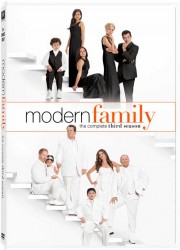 These three unique families give us an honest and often hilarious look into the sometimes warm, sometimes twisted, embrace of the modern family. Modern Family - Season 3 includes all 24 episodes and unseen bonus features only available on Blu-ray and DVD.