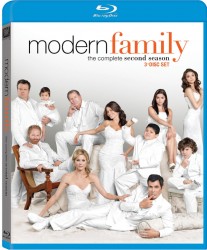 It seems that today’s families have embraced this particular modern family, which is anything but cookie cutter and is just as honest and complex as their own. The Pritchett clan has Jay sitting at the head, a true guys’ guy experiencing a bit of mid-life crisis, who has remarried a much younger wife, Gloria, whose passion and loyalty is matched by her 11-year-old son, Manny, a boy wise beyond his years. Blending together into this new family has quite the learning curve with some culture clashes, a few awkward misunderstandings, and plenty of sweet victories along the way.