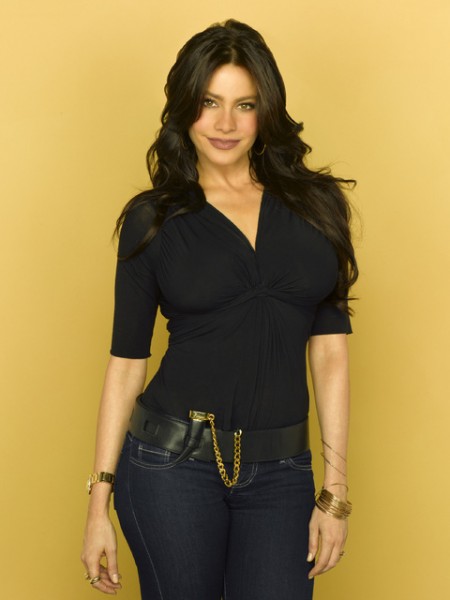 Sofia Vergara is a Colombian actress and model who has enjoyed great success in the United States. Vergara was born July 10, 1972 in Barranquilla, Colombia and was raised as a devout Catholic. She was discovered by a photographer while walking along a Colombian beach and was soon presented with offers in modeling and TV work. Her first TV appearance came at the age of 17 in a Pepsi commercial that was broadcast throughout Latin America.

After moving to Bogota, Colombia at the age of 20, she worked as a runway model and appeared on television. From 1995 to 1998 she worked on a travel series that made her a star in the Latin American market was gave her exposure in the U.S. through the Univision stations.

Vergara's past TV work appearance on primetime TV include Entourage, Hot Properties, Dirty Sexy Money and The Knights of Prosperity. She has recently finished production on The Smurfs movie, in which she stars opposite Neil Patrick Harris, Hank Azari and George Lopez. Her break on to the big screen came in the Tim Allen film Big Trouble. Vergara recently debuted on Broadway in a production of Chicago as Mama Morton.